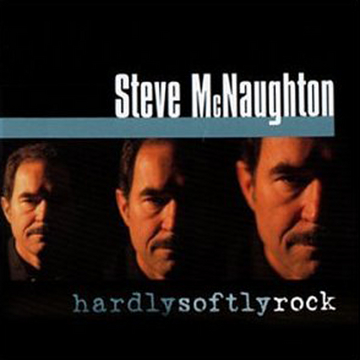 I first came across Steve’s music a while back on one of the Big Backyard sample discs a while back & now Steve has brought his debut album out, entitled Hardlysoftlyrock, which is a fairly accurate description of the album as it happens.

Steve hails from NSW & has teamed up with some great musicians including John Swan (Swanee), who teams up with Steve on “I Did What I Did”, one of the album’s highlights, though equally impressive is “Homecoming”, which sees an artist called Jenny Lang providing accompanying vocals too.

Pick for me is “Didn’t Mean It”, another great highlight, which is a good standard style rock track that’s as good an example of Steve’s music as any other here, though closing number “Find Your Soul” is certainly an interesting track as well. If you’re interested in creative song writing & enjoy musician’s putting everything into their performance, Steve’s your man.

This has to be in my top ten favourite albums of all time. At first I was skeptical as I had not heard any of his works, however after receiving a number of personal recommendations, I decided to order this album and have never looked back.
From the first track, ‘Believe In Me’, right through to the smooth flowing sounds of ‘Find Your Soul’, Hardly Softly Rock is a unique musical journey the likes of which most people have not experienced.
Up until now, Steve’s talent has not yet reached a wide audience, but hopefully this album will reach and touch many more people.
Steve McNaughton’s music is uplifting, powerful and dynamic. I urge you to add this to your musical collection, as it is one album you surely will enjoy. I know I did.

5.0 out of 5 stars
July 27, 2000
Format: Audio CD
An excellent album covering a wide sample of the rock genre. From driving high energy hard (pub) rock, to West Coast soft rock and everything in between. Top marks for production and melody in some extremely hooky songs. Memorable album !

You can pick up a copy of this CD at Steve’s online shop.