If you haven’t heard of Steve McNaughton you soon will! 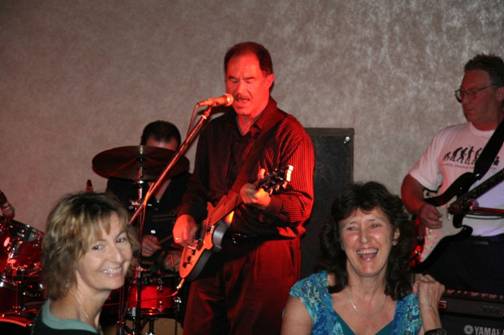 Australian artist Steve McNaughton has earned high praise as one of Sydney’s best contemporary rock songwriters whilst achieving independent chart success and overseas airplay. His music varies from solid radio friendly hooks, to passionate, upfront and personal material. He has been writing songs for over 20 years and performing with different artists and bands around Sydney for nearly as many.

In 1992, Steve first received recognition when his single “Homecoming (You’ve Come Back Home)” debuted on the ABC and Australian Commercial radio. Since then, a further 6 compositions have hit the airwaves not only in Australia but also throughout Europe, United States and South America.

Releasing several singles on the Big Back yard compilation CD’s, Steve came to the music industry’s attention through distribution to music festivals in Midem France and Popkomm in Germany. Radio stations in the U.S.A., Germany and New Zealand then picked up on Steve’s songs, “Stalingrad Still Stands” & “Hold Me Tonight”,songs that were inspired by a major battle of the Second world war and UN soldiers in Bosnia respectively. This later lead to ‘Stalingrad still stands’ holding down the top spot of the ‘Ison Live Radio International top 50 chart’ for several weeks and ‘Hold me tonight’ peaking at number 6.

This was followed up by the launch of his first album “Hardly softly rock” in 1999 which featured a duet with legendary Aussie rocker John Swan. With a blend of solid rock and sweeter U.S. West coast rock, this album quickly sold out and was replaced by an E.P. Sydney Olympic City, released for the 2000 Olympic Games. The lead tracks “Sydney you’re so beautiful” and “Excellence from every land” received airplay from visiting international television networks and overseas airplay, well after the games had finished.

Steve’s Second album “ Storm Chaser” has songs that encompass solid radio- friendly hooks and some definite groove and attitude. The opening title-track ‘Storm Chaser’ was inspired by Scott Currens and other American storm chasers. It is a high energy rock song that fully captures the fury of nature when the plains turn violent across the United States’ mid-west.

Skope TV and radio magazine have been full of praise for this album and provide the following glowing tribute: “Steve McNaughton’s Storm Chaser is an earth moving experience. If you turn on the CD and close your eyes you could almost mistake his vocals for the legendary Elvis Costello. There seems to be a clear influence from that era. The CD is full of up tempo contagious tunes. The instrumentation is a good companion to solid, well written lyrics and the production takes some interesting turns with killer background vocals that really drive a couple of the songs”.

Steve McNaughton’s ability as a consummate songwriter and unique vocalist are fully portrayed in the new direction he takes his music, distinctly into crossover country yet still retaining a crisp pop edge.

With a repertoire of over 50 original songs and 3 albums behind him spanning the rock and pop genres, Steve has now taken a big leap into the contemporary country scene. Using West Coast Artists, some Americana and Nashville influences, for inspiration, the result is a slick album of Crossover Country entitled “Eagles Aloft” about to be released through CD Baby. This album features a number of co-writes with Australian and U.S. writers the best of which seem to come from his main collaborator James Stewart Keene. The “Eagles Aloft” has already received a five star rating and an exceptional review from The Examiner.com in Nashville Tennessee!

Songs ‘Dreaming’, ‘Didn’t mean it’ and ‘Gimme Something’, received regular airplay on Midnight Special Blues radio throughout 2010 to 2012.

Songs ‘Crawl before you walk’ and ‘Didn’t mean it’ selected for Radio U.K. International Showcase Hour.

Steve was Energy Theory Management, Artist Pick of the Week Feb to April 2010

‘Storm Chaser’, ‘Crawl before you walk’ and ‘Dreaming,’ all selected by Audio Font for Movie and Television Licensing in 2010 and 2011.

‘Crawl before you walk’ was licensed by United Entertainment and Media for U.K. Clothing retail stores in 2010 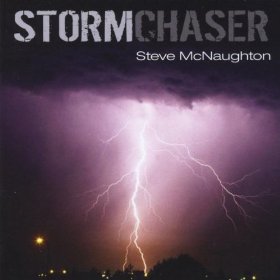 Head to the on-line shop to purchase.

Individual tracks can be digitally downloaded through iTunes.